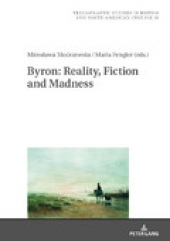 This book explores the amorphous, fragmented and digressive world of George Gordon Byron’s poetic works, which are pervaded by the themes of change, mutability, deformation and transgression, often presented or described as madness. The blurring of the border between fiction and reality is a matter of the author’s decisions concerning both his life and his texts, and a conscious process of construction and self-fashioning. It is also a recurring epistemological theme in Byron’s works, which make take the form of narrative dis-orientation and the dismantling of easy cultural pre-conceptions. The Authors study Byron’s artistic quixotism and his pursuit of creative freedom which reveals itself in the Romantic irony, digressiveness and self-awareness of his writings.